You’ve just got to love women’s fashion today. The world is full of clothing options for us, also very much thanks to all the ingenious items we have borrowed from the boys.

Below are our favourite 5 menswear pieces that we could not imagine our lives (or our wardrobes) without.

T-Shirts made their first appearance in 1913, as an issued undershirt for the U.S. Navy. These white cotton shirts were crew-necked and short-sleeved to be worn under a uniform. T-shirts achieved status as fashionable, stand-alone, outwear garments in the 1950s, after Marlon Brando wore one in A Streetcar Named Desire.

The first t-shirt-style shirts for women appeared in the Sears catalogue in 1944 as “polo shirts”. However, it was in the 70s that the T-shirt truly emerged as something revolutionary and became the powerful messaging platform that we know them as today.

Inexpensive and comfortable, the T-Shirt has become an essential part of creating a chic minimalist wardrobe. A plain white shirt can form the base for so many minimalist outfits and will always keep you looking fashionable and well put-together.

Invented by Jacob Davis and Levi Strauss in 1873, jeans used to be worn by miners, cowboys and the male American working class. The first pair of women’s jeans appeared in 1934 but they weren’t very popular, except in ranches and farms.

It was only in the 50s after style icons like Marilyn Monroe and Brigitte Bardot started sporting them that jeans became more of a fashion statement. However, it took until 1980 that jeans became established as everyday clothing.

These days most women can’t imagine not wearing jeans. In fact, many of us have become so attached to them that we want to live in them each day. Good thing, too, that you can wear jeans to almost any event, even work if you know how to dress them up.

Blazers as we know them today came into being in the 1820s when rowers at prestigious English colleges like Oxford and Cambridge would wear them as part of their warm-up gear. Over time, oarsmen would wear their blazers also around campus.

Women began wearing blazers in 1933, which were frowned upon as too mannish at the time. They became more common only in the 1980s, popularised in movies like Working Girl and Baby Boomer.

In modern times, women wear blazers on a daily basis, and they have become one of those must-have basics that we should all have in our wardrobe. We definitely love a good blazer and its ability to transform even the most basic outfits.

Shirt has existed as a piece of clothing for men since before the Middle Ages. It was a garment of simple design until in the middle of the 19thcentury it was tailored more to the shape of the body.

Wearing shirts was reserved for men, while women wore blouses. It was in the late 1920s that the men’s button-down shirt was tailored for a woman’s body with a narrower fit in the torso and arms.

Nowadays dress shirts are for all and are considered as common among women as men. If you are looking for a really outstanding shirt, take a look at Ella Hopfeldt’s women’s tailored shirts.

Suits – borrowed from the boys

Suits have been around since the 17thcentury but the classic suit as we know it today can be traced back to the 1900s.

In the 1930s, Hollywood icon Marlen Dietrich certainly started something when she appeared at the opening of The Sign of the Cross, wearing a masculine tuxedo, wing collar, soft felt hat, mannish topcoat and a pair of mannish patent leather shoes. It actually reached Congress and they had to decide whether or not the new styles violate the law forbidding women to “masquerade as men”.

Today women wear suits as both workwear and evening wear and female celebrities can be spotted wearing suits and ties on the red carpet.

What are your favourite clothing items
that have been borrowed from the boys? 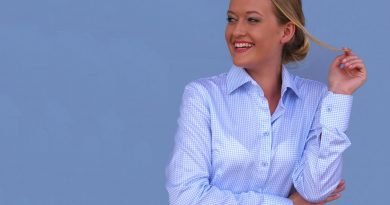 Key Differences Between a Dress Shirt and a Blouse 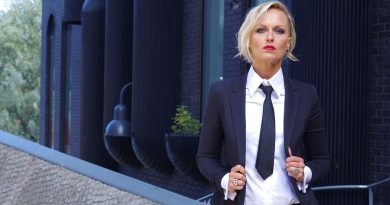 The Best White Dress Shirt for Women in 2020 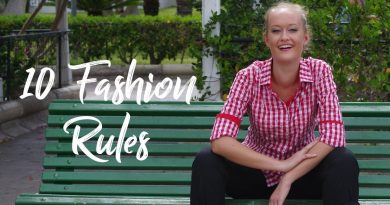 10 Fashion Rules to Elevate Your Style